A Place for Compassion 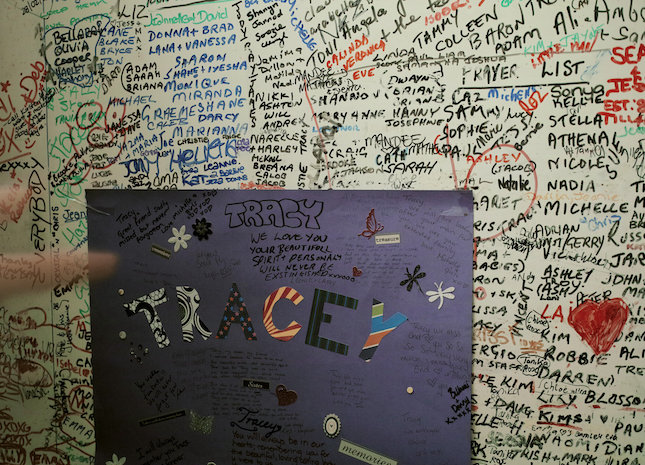 A space, an area of external reality, is not the same as a place. A place has characteristics, associations, functions. A shop, a school, or a shrine are different kinds of place, but they are also differently understood depending on whose point of view is taken. For a person with cash in their pocket, a shop provides an opportunity that remains closed for someone unable to afford anything on display. The nature of school for the pupils is not the same as that for passers-by, and among the pupils there will be a range of personal histories that shape their sense of school positively or negatively. The significance of a shrine for a pilgrim is quite distinct from that experienced by a tourist. While a place is defined partly by a shared understanding of its function, the characteristics associated with it – the things that inform and colour its meaning for the individual – arise from the interplay of what a given environment offers and what the individual needs. It is a phenomenon known as ‘affordance’. What does the environment afford the individual? As such, affordance is a dynamic relationship between the properties of an environment and the agency of the individual.

In his series Pseudonym, Dean Golja photographs spaces that at first glance seem to have few distinguishing characteristics. Many appear effectively to be non-places. The photographs document locations described by women involved in street-based sex work in the St Kilda area of Melbourne. As attested by the texts that intersperse and converse with the images in this exhibition, these spaces have specific and often highly equivocal associations for the women themselves. While such locations provide the anonymity sought by both worker and client, that very anonymity leaves the women vulnerable. Each space affords a tenuous and uncertain compromise between opportunity and risk.

These are transitional places, unstable, ultimately transient in form and meaning. For all their artifice, cities have an organic, cyclical existence. Areas fall into neglect and disrepair. Their abandoned state renders them open to new interpretation. They become available to more marginal users and activities that lie outside of the economic imperatives of capitalism. Such indeterminate spaces are sometimes known by the French term ‘terrain vague’. This vagueness, this uncertainty lends a multivalence to spaces in which the signs and signifiers of disparate, even immiscible, groups cohabit. To those that know, the significance of the artificial carnations woven into a chain-link fence is palpable. A simple white bench becomes more than a place to sit and rest. Time drags in the waiting only to plunge forward in the haste of assignation. The vagueness of such places is not mistily invariant, but lumpy, unruly, heterodox. The freedoms they afford open them up to new and alternative ways of being while remaining contingent, unstable, unreliable. Yet, like the fallow field, they gather potential in time to undergo the now-familiar ‘regenerative’ processes of gentrification as the capitalist city recuperates the locality to its neoliberal imperatives. And the activities of the terrain vague are once more dispossessed.

For the women whose words link and illuminate these photographs, life has offered little kindness or security. Many have suffered abuse and neglect as children. They live chaotically not through choice but through powerlessness, caught in the turbulent cross-winds of other people’s demands, desires and definitions. Street-based sex work is rarely a career choice, it is a desperate measure when choice is no longer apparent. By popular cliché, prostitution is considered the world’s oldest profession – a nomination attributed to Rudyard Kipling. It is certainly one of the most persecuted. Its status is commonly construed as a moral issue, usually focused on the perceived immorality of the sex-worker rather than her clients. Yet it is more accurately understood as one of class, disadvantage and vulnerability. And always has been. In Ancient Greece there were three castes of sex worker: the hetaira or courtesans, the pallakē or concubines, and the pornē who were slaves or former slaves who worked on the streets and in brothels. While the pornē were the most denigrated (lending their collective name to the modern term pornography) the hetaira were some of the most powerful women in Ancient Greece, much more influential than wives. Privilege elevated the social and moral status of the hetaira, while their very powerlessness condemned the pornē to live a shadowy existence outside the protection of wider community norms. And so it remains today. Those who are most vulnerable, those who have been abused and exploited, enslaved, those who run away with nowhere to run to… meet with little compassion from those who enjoy the security of relative privilege.

Such comfortable hypocrisy is amplified by the dominant neoliberal ideology congealing in the West. For the neoliberal, worthiness is assessed in a value-system derived from the Protestant ethic that understands material wealth (as the fruits of hard work and frugality) to be the badge of spiritual virtue displayed by those chosen to ascend to paradise. Today this dubious notion is reduced to its absurdity: that wealth and privilege are the mark of virtue while, inversely, those who live precarious lives on the edge of poverty are deemed to be reaping the wages of their own failure to apply themselves.

St Kilda Gatehouse provides what government and wider society has failed to: a place of safety and respect for women who work on the streets and for young women escaping sexual exploitation. Through a series of interwoven initiatives including a drop-in centre, advocacy and education activities, and a social-enterprise shop and a craft training facility, the Gatehouse seeks not only to provide a haven from the street but the means by which to reintegrate with the wider community. It is a responsive, participatory and empowering approach and it is this that sets the context within which the women whose words underpin these images and texts are enabled to share their stories. With that support they have found the courage to make evident that which societal norms and community prejudice can all to easily seek to stifle.

These images and the words that accompany them ask us to reconsider the nature of place through the eyes and experiences of those whose lives may well be very different from our own. They eschew sensationalism and spectacle, asking instead that we look together on places that we may well have passed unnoticed and see them from a fresh perspective. To look together at the world outside ourselves and, in sharing that gaze, find in these places of equivocal ordinariness, a common ground on which to open a new conversation. A conversation that connects, respects and heals, that moves beyond notions of blame to concerns of need: to the motivation to act that is the essence of compassion.